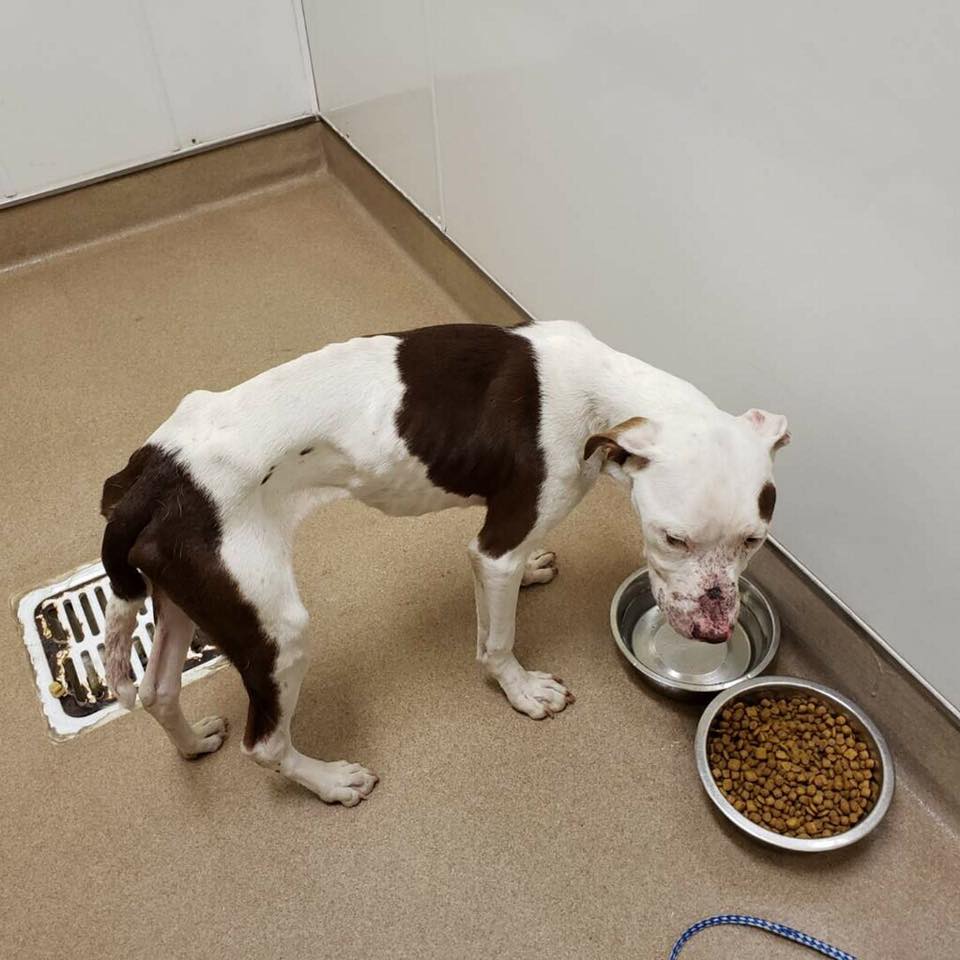 On Friday, July 26th, 2019, a concerned citizen found a lost dog in Morrow County. The dog was very thin and looked very sick, so the citizen brought the dog to a nearby no-kill shelter in Pendleton, Oregon.

The Pendleton Animal Welfare Shelter (PAWS) intake indicated the dog needed immediate vet assistance. He had a mark on his muzzle, was bleeding from the nose, and was very emaciated. The vet, Dr. Kidd, determined Boomer, the 8-month-old dog, had been shot. The bullet entered his muzzle, went through his tongue, and hard palate, and lodged in his throat. The vet performed emergency surgery at Kennedy Vet in Milton-Freewater.

On Saturday PAWS appealed to the public for assistance. Their plea was met with an overwhelming response and outpouring of kind support for Boomer. Over $1,800 has been raised for his vet care. Any funds exceeding Boomer’s vet bill will be used for associated costs on his path of healing. Any donations received beyond Boomer’s care will assist other animals at the shelter. Melissa Nathan, President of PAWS, states, “It is so rewarding to be able to bring attention to this pup’s traumatic story and to receive the massive positive community support for his well-being. Together we are changing his story.”

Boomer has started recovering nicely. Over the weekend he started eating and drinking on his own. He likes Kibbles ‘n Bits but doesn’t like canned food. PAWS recruited a foster family so he can recover in a more relaxed and comfortable environment. On Monday Boomer was well enough to leave the vet and go to his foster family.

Boomer is doing very well at his foster home. He ate all his food without hesitation, is a good listener, and is tolerant of other dogs and a cat. He is still resting a lot and on medication. He is a sweet dog and as he heals he will reveal more of his personality.

The PAWS board and staff appreciates the thoughtful and caring individuals who have stepped forward to help with Boomer’s support. You are all part of Boomer’s journey to a happy and healthy life! Thank you!

If you’d like to donate to PAWS for Boomer and the care of other animals in need visit www.pendletonpaws.org/donate.

Boomer gained weight, thanks to his foster family. He was recently adopted and went to a loving home.