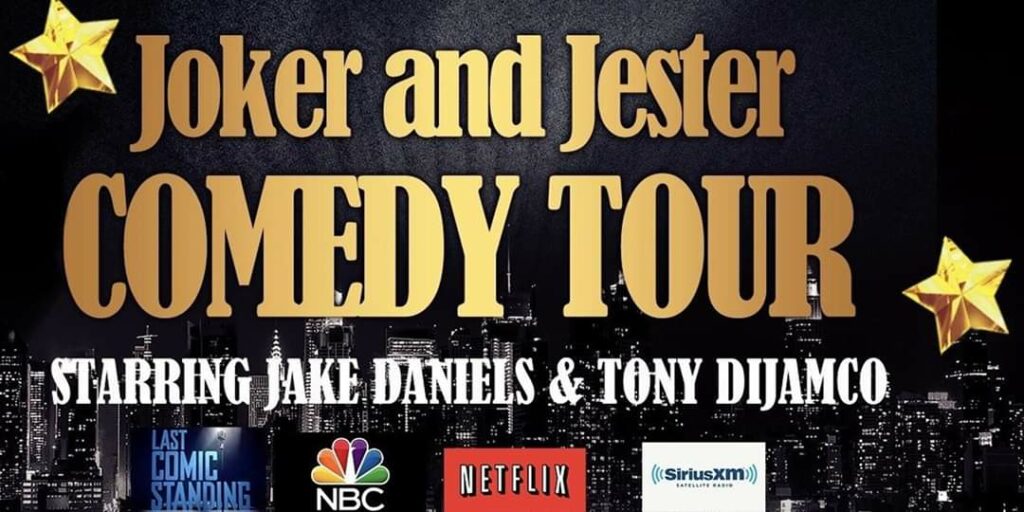 40 Taps Annual PAWS Fundraiser invites Jesters and Joker Comedy tour for a night of laughs and fun! PAWS fundraiser, $15 pre-sale and $20 at the door. Beer token included with pre-purchased tickets only. Doors open at 6:30 and show begins at 7:00. Live auction will start after the show.
Ticket and auction proceeds go to PAWS. There will be a silent auction, a live auction, a 50:50, and a mystery balloon pop, there will also be a dog toy comedy toss. All toys purchased for the toss go to PAWS for dog toys.

Seating is limited! Get your tickets from the link below.